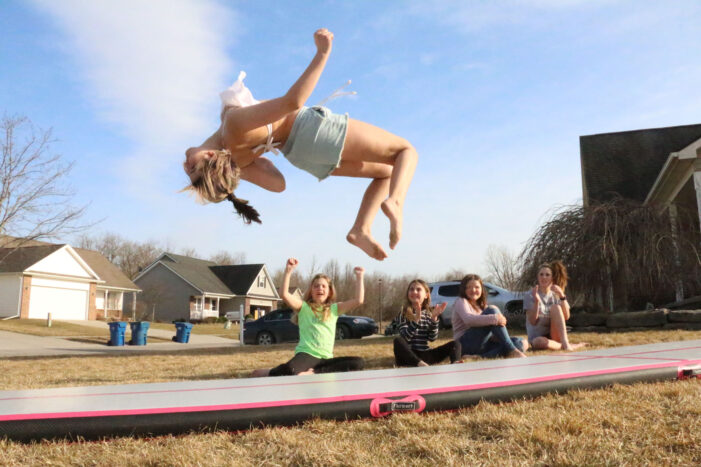 Ava backflips while onlookers Samantha, Zoey, Finley and Reese cheer. The tumbling practice was performed outdoors thanks to some temperatures in the upper 60s during the first days of Spring which officially arrived on March 21. Photo by Patrick McAbee.

By Shelby Stewart Staff Writer On March 23, the Brandon Learn from Home team and Scholastic Books held a drive-thru book fair for students in the school district. “We celebrated a successful March is Reading Month by having families drive through a display of books while being entertained by Clifford the Big Red Dog,” said […]

By Shelby Stewart Staff Writer Ortonville- During the Monday night meeting, the council voted 6-1 to extend an offer to Ryan Madis the position of village manager, contingent on background checks and health screenings. Council member Kay Green voted against the offer. “There’s so much that happens in local government and I’m excited about all […]

Norris-Marcus, Peggy of Ontonagon, formally of Ortonville,  Age 71, died March 23, 2021 after a struggle with cancer. Peggy was born February 28, 1950 in Detroit, the daughter of Manuel and Jane Marcus.  She attended Redford High School.  Peggy had a strong sense of community and enjoyed serving others in Ontonagon.  Peggy was involved in […]

To catch a leprechaun 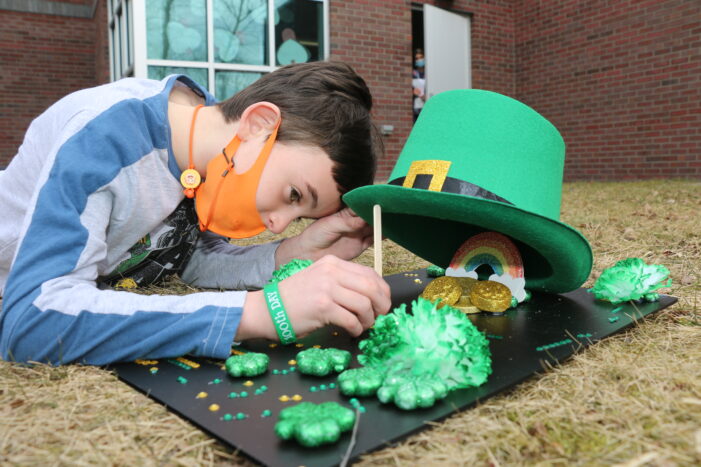 Sawyer Mezger, an Oakwood Elementary School student creates a leprechaun trap on St. Patrick’s Day. According to tradition, one must believe leprechauns are real to trap one. It is also believed that leprechauns love gold and trickery unless captured. Photo by Patrick McAbee.

Symbols of change:‘Women’s right to vote is the result of a fight’

Editor’s note:This is the second of a series of stories The Citizen will publish during Women’s History Month a celebration of women’s accomplishments and contributions celebrated in the month of March. By Shelby Stewart Staff Writer An local collector recently shared some century old political pins from his collection reflecting a dynamic time in history […]

By Shelby Stewart Staff Writer At the regular Monday night meeting, the Brandon board of education voted unanimously to approve a bid for replacing the septic field at Harvey Swanson elementary. They also approved a bid to improve the preschool playground. “It’s in the fenced-in area of the preschool,” said Diane Zedan, Brandon Preschool Director. […]

By Shelby Stewart Staff Writer Local scholarships are available to Brandon seniors for the upcoming college or trade programs. “This is not as hard as they’re making it out to be. Write one essay and make copies of it,” said Kim Bishop, a member of the Ortonville Lions. “Get out there, the deadline is April […]

By Shelby Stewart Staff Writer On March 16, staff and students at Harvey Swanson Elementary communed via Zoom for their annual family literacy night for the lower elementary students as part of March is Reading Month. “Last year’s literary night was unfortunately canceled due to the pandemic,” said Loren Mitten, first grade teacher and host […]